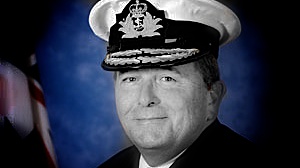 The Minister for Veterans’ Affairs, Senator the Hon. Michael Ronaldson, today announced the establishment of a new Prime Ministerial Advisory Council (PMAC) with a renewed focus on veteran mental health.

Senator Ronaldson said that one of the four pillars of the Abbott Government’s plans for Veterans’ Affairs was to tackle mental health challenges facing veterans and their families, especially following the draw down of troops from Afghanistan.

“In reviewing existing consultative arrangements, I have taken the opportunity to evolve PMAC’s role to specifically focus on veteran mental health issues, particularly those relating to former service personnel with service after 1975,” Senator Ronaldson said.

“The Prime Minister and I are delighted that former Chief of Navy, Vice Admiral Russ Crane AO, CSM, RAN (Ret’d), will Chair the new PMAC and that he will be supported by Corporal Ben Roberts-Smith VC, MG, as the Deputy Chair.  Mr Ryan Stokes will also be a member of the new PMAC.

“The new PMAC membership will also comprise of experts in mental health matters, representatives of the Australian Defence Force, the veteran community and industry leaders.”

“The Government is determined to prioritise the mental health care of veterans and their families now and into the future.  The new PMAC has the Prime Minister’s unequivocal support in ensuring the Government can provide the very best support to veterans and their families facing the challenges of service-related mental illness.  We must never stop looking for ways to improve the support we provide to those who have served our nation,”

“The Prime Minister and I welcome the new membership and wish them well in the important task ahead of them,” Senator Ronaldson said.

Senator Ronaldson thanked the outgoing PMAC membership for their invaluable contribution to ex-service matters including enhancing the focus on contemporary veterans and their families; supporting new research into blast injuries and the impact on longer-term health; and ongoing research into the mental health impacts of military service in both combat and training roles.

PMAC was first established in 2008 to advise the Prime Minister and Government on matters affecting the ex-service and defence communities.