Thank You – Ladies and Gentleman

“Last week, the Tingira Australia Association celebrated their 57th birthday nationally for the commissioning of the RAN Junior Recruit Training Scheme in 1960. There were many small logistic hurdles to jump, to conduct a nationwide happy birthday sing song at 8pm on that Friday night July 21.

As the sun set on the yardarm at the end of the day, with military precision the moment arrived and technology linked and beamed six iPhones nationwide into the Primus hotel, Sydney. With a sway of former navy sailors across the nation at 8pm all singing happy birthday and cutting their party cakes to celebrate the event.

Lance Ker – a very proud President of the Tingira Australia Association said – “I just want to say thank you – to the Tingira members and your families that were available and made the effort to assist the Secretary and the LJR’s around the country to bring this event together. Will we do it again? You bet, more cakes!” 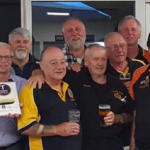 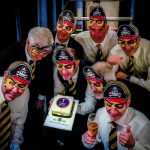 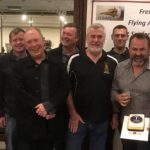 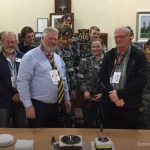 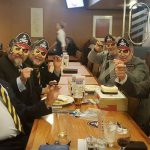